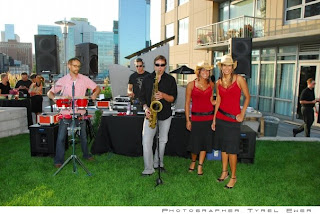 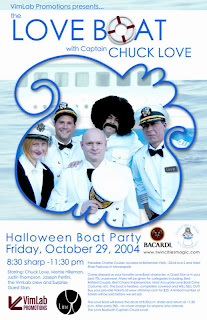 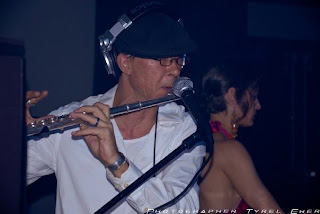 I didn't live here 10 years ago when the weekly System 33 events were going on at First Ave..they sound pretty sweet - read Jen Boyles' City Pages interview with Jezus Juice about it here.

But, when I started throwing VimLab events here in July of 2003, the guys in live latin house group Tambuca, Monte Hilleman, Bryan Gerrard and David Drone were some of the first househeads I met..and they generously let me barge my way right in to the Minneapolis house music community as a promoter, and have always been totally awesome to work with. I hired Tambuca and Monte Hilleman to spin for our very first VimLab event - a 4th of July boat party out of Harriett Island that was a smashing success. Since then I have worked with all of these guys numerous times for some truly epic shows with Kaskade, Marques Wyatt, Mark Farina, VimLab Guac Offs, The Grand Opening of Uptown City Apartments, The Love Boat with Captain Chuck Love, Pride in Loring Park, Chuck Love's Om Records "Bring Enough To Spill Some" Release Party, VimLab Boat Parties out of Boom Island and many more fantastic events over the years - and they've all become close friends.

Looking forward to seeing them all together for this reunion show, and catching up with a lot of house head friends tonight at Triple Rock. I love house music because of the people I've met within the community whether its been in SF, LA, Mpls or South Beach - DJs and househeads are some of the coolest people around. Its underground, hip, deep, soulful, and unlike anything else I've ever experienced. You just don't find that at lame bars on 1st Ave playing Lil Wayne and T-Pain, or indie rock shows where the crowd stands there like a bunch of zombies sipping their PBR and nobody dances or interacts. That will not be the case tonight.

"Join us for what will be a legendary celebration of the greatest house music night Minneapolis (or any other town) has ever seen. The lineup:
-TAMBUCA! Live! Jezus Juice, Dean Vaccaro, Joseph Pettini, Slowride Davis, and special guest Chuck Love
-Bryan Gerrard
-David Drone
-Monte Hilleman
-Cee Bee
-So Supreme