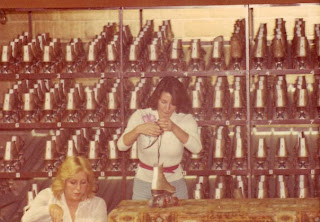 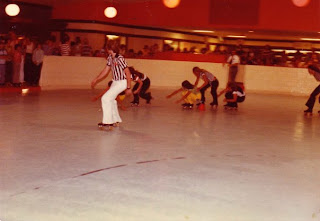 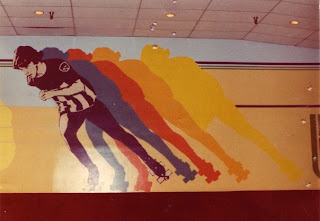 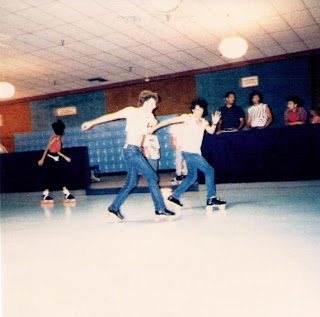 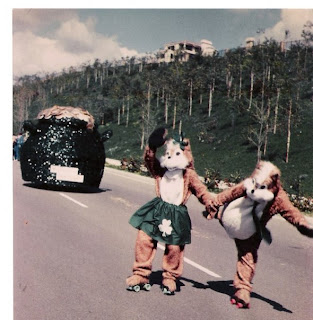 How else would I have ever found a group for Skateway, Mission Viejo where I literally spent my youth? My dad was the Executive Manager when I was little, before he went to biz school and became a Financial Consultant so my mom and I were there all the time. I grew up rollerskating around in my little skating dresses with matching skate booties blowing my whistle telling people to slow down on the rink, handing out licorice whips in the snack bar, requesting "My Sharona" and "Shake It Up" in the DJ booth and skating in random parades and skate-a-thons with my dad. I even rode in a giant skate float with him when I was 2 and the newspaper article we were featured in had the caption, "Step on it, blondie." My dad threw weekly dance parties in the summertime every Thursday with live bands and people dancing on the rink sans skates, and every school had monthly Skate Nights there. It was the place to be in the late 70s - mid 80s, and it saddens me to no end that now its a Party City and Trader Joe's. Looking through the Facebook pictures, I came across employees who I remember as my babysitters - quite a blast from the past. Why do I suddenly have the urge to do the Hokey Pokey, play Red Light, Green Light and listen to Disco, Disco Duck??